Judge Mark Davidson served as judge of the 11th District Court for 20 years before his retirement in 2009.  He is now serving as the Multi-District Litigation Judge for all asbestos cases in the State of Texas, being named to that position by Chief Justice Wallace Jefferson and the Multi-District Litigation Panel of the Texas Supreme Court.  In that role, he has judicial duties over the 85,000 asbestos cases pending throughout the state.

While serving as a district judge, he tried over 450 jury trials and cut the backlog in the 11th District Court by 70 percent.  In 1993, he was named “Trial Judge of the Year” by the Texas Association of Civil Trial and Appellate Specialists.  From 2002 through 2007, he served as Administrative Judge of Harris County.

Judge Davidson is married to Sarah Duckers, and has two sons, William age 20 and Thomas age 18.  In his spare time, Judge Davidson was the founder and first Cubmaster of a Cub Scout Pack dedicated to the needs of Autistic boys and volunteered as Scoutmaster of a Boy Scout Troop with the same mission.  In 2003, he was awarded the Arbor Day award by Trees for Houston for his role in saving a 93-year-old tree on the Harris County Courthouse lawn.  He was honored by the Texas Society Daughters of the American Revolution during their 2017 state conference for his work and stewardship in the field of historic preservation.  These are only a few of the many civic and professional awards Judge Davidson has received.

Judge Davidson loves history, especially Texas history and began poking around in a Harris County warehouse, where much to his dismay, lay years of early Texas history in litigation records.  We have always known that Sam Houston and Mirabeau Lamar despised each other and had quite a rivalry.  What many don’t know is that these two historic figures tangled in court in 1843 over used furniture in the president’s log cabin “mansion” in downtown Houston.

The Republic of Texas’ first president left his personal furniture behind when he moved out of the presidential cabin.  Lamar claimed Houston had “trashed” the place before he moved in.  There were many repairs to be made including a big hole in the floor.  Lamar sold the furniture and used the proceeds to patch the floor, whereupon Houston sued his successor for conversion of personal property.  Houston won and Lamar appealed.  On the last day of the Supreme Court of the Republic of Texas met before becoming the state Supreme Court, the justices affirmed the lower court ruling in favor of Houston.

Judge Davidson, an amateur history sleuth, discovered documents pertaining to the suit between Houston and Lamar, and made sure the documents were rescued before they were lost to time and deterioration.

In a 2015 Houston Chronicle article written by Joe Holley, it was explained that the judge’s sense of urgency about preserving these records was fueled back in 1994 when the president of the Houston Bar Association asked him to write six stories about Harris County legal history.

“Deciding to dig into county records from the 1800s, he was directed to an un-air-conditioned warehouse where the records were vulnerable to rats, bugs, weather and the ravages of time,” the article reads. “Davidson found a file containing the records of a collection of lawsuits brought in 1853 by William Marsh Rice, the New Englander who came to Houston in 1838 at age 21, amassed a huge fortune and later endowed the university that bears his name.  Davidson saw the makings of a good story, but when he took the paper our of its envelope, it crumbled into confetti in his hand.  He took the scraps to then District Clerk Charles Bacarisse, who had been in office only a few weeks.  He dumped the confetti on his desk and asked him if he knew what it was.  The puzzled Bacarisse was surprised and puzzled.  ‘This is one of your files and there are 30,000 like it,’ Davidson said.  The judge found an ally in Bacarisse and along with volunteers, many from the Eagle Scouts and the Daughters of the American Revolution, moved the materials into an air-conditioned building.  All the records could not be saved but many were preserved and bound.”

Please join the Liberty County Historical Commission for the quarterly meeting Monday, Oct. 21, at 6 p.m. to hear more intriguing stories from Judge Mark Davidson and his sleuthing expeditions around Texas. Meetings are open to the public and community residents are encouraged to attend.  The meetings are in the A.J. “Jack” Hartel Building, 318 San Jacinto Street, Liberty.  For more information, please contact Linda Jamison, County Chair at 936-334-5813 or email: lchc318@gmail.com. 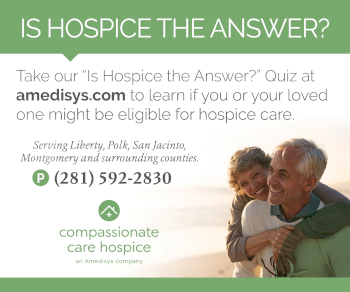