On any given day, roughly 105,000 people are shopping at stores in the Cleveland, according to Retail Coach. While the city’s population makes up less than 10 percent of that number, data shows that the Cleveland Retail Trade Area actually extends to Shepherd, New Caney, Rye, Moss Hill, Tarkington, Splendora, Fostoria, Security and Midway.

“For 105,000 people, this is their home base from a retail standpoint,” Retail Coach President Aaron Farmer explained as guest speaker for the Sept. 5 membership luncheon for the Greater Cleveland Chamber of Commerce. “The trade area for Cleveland is much larger than the city limits. Forget about the city limits population, if you are looking to market retail, this is your area.”

“If you have a cell phone nowadays, you are being tracked by retailers and restaurants. They want to know who is coming to their locations, who is shopping at their locations and how much money you are spending,” Farmer said. “Having this kind of data 15 years ago would have been extremely helpful in determining where to build stores.”

Despite the large customer base, Cleveland is lagging in retail businesses, particularly clothing, sporting goods and restaurants, based on Retail Coach’s data, which shows that $376 million annually is being lost to retail leakage.

“Retail leakage is a term that means the money that is leaving Cleveland and going elsewhere. The reason [Retail Coach] was hired by [Cleveland] EDC and the City was to reduce that leakage. There are two ways to do that – by helping the existing businesses here through expansion and carrying the items that people are buying, or bringing in new businesses. It’s a two-pronged approach,” Farmer said.

The Cleveland area also could recapture some of the retail leakage through new restaurants. The report shows full service restaurants – those with wait staff – lose $52 million annually to areas outside of Cleveland.

“That’s substantial. Even from a fast food standpoint, there is leakage,” Farmer said. “Maybe some of you are interested in a franchise. Reach out to us. We would love to talk to you about some opportunities.”

Nationwide, restaurant dining continues to trend upward with $863 billion estimated to be spent in total restaurant sales in the United States in 2019. Since 1970, the United States has experienced about a 6.4 percent annual compound growth rate in restaurants. In 2016, the amount that was spent at grocery stores was overtaken by restaurant sales, showing that the majority of people are dining out rather than cooking meals at home.

With Texas a growth center, restaurant chains that have never had a foothold in Texas are now expanding here, Farmer said. Other retail businesses are undergoing expansions.

“Leading the pack, Starbucks is going to open 500 new stores in the U.S. in 2019,” Farmer said. Dollar General is also planning to open 975 new stores this year. Other businesses on the rise include dollar stores and off-price retailers, such as Five Below, TJ Maxx, Ross and Nordstrom Rack.

While traditional, brick-and-mortar retail businesses have lost some footing to online sales, the numbers do not show a retail apocalypse. Business instead are changing the way they do business with less square footage devoted to retail space and more used for distribution and order fulfillment.

In 2018, only 14.3 percent of all retail sales in the United States was from online sales. That number has risen to roughly 18 to 20 percent in 2019, according to Farmer.

He urged businesses to make sure they have an online presence to avoid missing out on an opportunity for sales.

The demographics for the Cleveland retail trade area show that the median household income is $65,000, slightly higher than the statewide average. The average age is 36 years.

“That age continues to get lower. Every year when we look at these numbers, they go down. Millennials – the younger population – are coming here,” he said.

With the projected spending for Millennials by 2020 expected to be $1.4 trillion, they are having a huge impact on the retail industry.

To see more data for the Cleveland area from Retail Coach, go online to https://retail360.us/Cleveland-tx/

At the Chamber luncheon, Martin Autogroup was named the September Business of the Month. Elizabeth Robertson, a local realtor, was named Ambassador of the Month and City Ambulance was welcomed as a new business.

The next Chamber luncheon will be held on Oct. 3, 11:30 a.m. to 1 p.m., at the Cleveland Civic Center. Cleveland ISD Superintendent Chris Trotter will be the guest speaker and Hilltop Restaurant and Herb Garden will cater the meal. The cost is $15 for members with reservation or $20 for non-members and members without reservations. 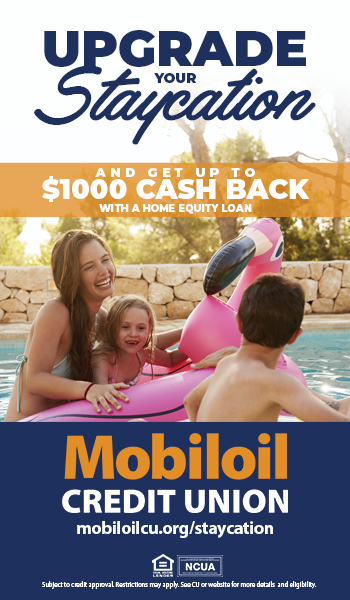