Councilman Wendell Null has announced his re-election candidacy for Position One on the Dayton City Council in the May 2 election.

Null, who has served in the Position One slot for the last two years, is a retired Operations Supervisor from ExxonMobil.

“He has brought a unique skill set to the council with a solid foundation of experience and expertise in budgetary, equipment, personnel, financial and operations systems. He has a broad base of technical and communication skills, judgement and business perspective to return to the leadership table,” his announcement states.

Null considers himself a pragmatic, data driven leader – making decisions based on their value to the city of Dayton and being responsive to those who live there. Traffic and trains are at the top of the list and are challenges facing all city and county leadership.

Null said that every engagement in every forum includes discussion on Dayton’s trains and traffic.

Key initiatives for the next term are managing the resources and processes to maintain and improve Dayton infrastructure, elevating staff competencies and performance, and executing well-planned projects that are have a measurable benefit to Dayton.

In addition to his council service, Null is involved in many leadership activities in Dayton and Liberty County.

Currently Null serves as Dayton’s representative to the Houston-Galveston Area Council and is a board of member of the Gulf Coast Economic Development District representing Liberty County.

He is a former chairman of the Dayton Planning Commission. 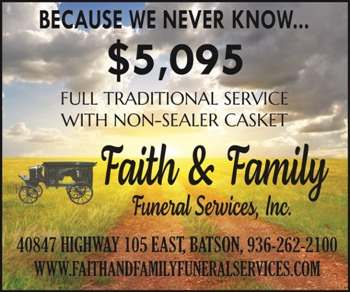 Jarrod Walker for Chief Justice of 9th Court of Appeals